“Cantor seeks justice in Guatemala,” published by The Jewish Advocate on February 19th, 2020 (https://www.thejewishadvocate.com/articles/cantor-seeks-justice-in-guatemala/) All photos credited to Christopher Dilts for AJWS 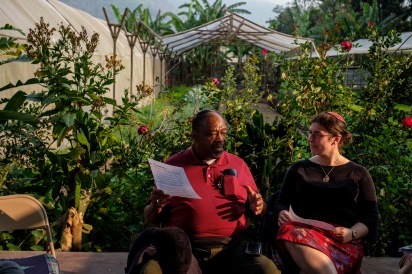 On January 28th, I stood in the main square of Guatemala City, admiring an ancient cathedral that was salvaged and rebuilt after an earthquake. On twelve massive columns, long lists of names are carved: names of the 40,000 people who were forcibly “disappeared” during the country’s three-decade armed conflict. We ran our fingers over the warm stone of these monuments, so reminiscent of the Holocaust Memorial in Boston.

I wondered: What must it be like to see your loved one’s name at the center of the country’s capital, yet never know their final resting place?

Let me explain why I was there. Last month, I traveled in Guatemala for a week with thirteen American rabbis as part of the Global Justice Fellowship of American Jewish World Service (AJWS), the leading Jewish organization supporting human rights and efforts to fight poverty in developing countries.

We went because the pursuit of justice is a Jewish value, and no border wall can bound it. We went because our Judaism tells us that the dignity and worth of every human being, living b’tzelem Elokim (in God’s image), deserves defending. We went because Jews know from genocide—and the global support that’s needed to recover from it—and we want to be part of that support. And we went because our country is uniquely implicated in the struggles of the indigenous people of Guatemala for economic and racial equality and access to land. (If you’re curious, please google “United Fruit Company,” and note the Boston connection.)

Human rights defenders in Guatemala, particularly land defenders, are at grave risk today. Despite being harassed and libeled, some go to court to testify at the trials of powerful people responsible for genocidal atrocities during the internal armed conflict that tore apart their country. Others place their bodies on the line between their own holy land and noxious mines and power plants that the government has authorized without consulting the communities they affect.

An organization we met in Guatemala City, Bufete Juridico de Derechos Humanos, prosecutes human rights violations pro-bono while accompanying activists and witnesses. One of Bufete’s recent court cases paints a ghastly picture: In 2017, 56 girls in a state-run orphanage were locked into a room after trying to publicly protest filthy conditions and widespread abuse. To force the staff to open the doors, one girl lit a mattress on fire. But the doors stayed locked, even as the girls burned, even as the guards listened to their screams. Forty-one girls died. Those who survived sustained burns over 80% of their bodies. Bufete’s lawyers are fighting for the survivors and for the victims. They spoke to us with quiet passion about their clients, mostly poor and indigenous, who have to hammer on the doors of justice in courtrooms in order to be heard.

The Guatemalan government ignores the cries of indigenous Guatemalans for punishment of the military who killed over 200,000 people, for reparations of land stolen in the conflict and since. 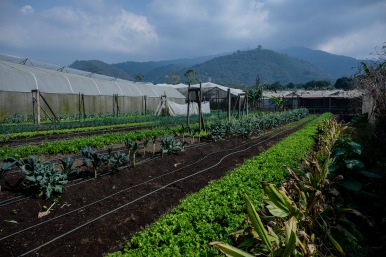 After visiting the cathedral in the center of the city, we met with an organization called CAFCA, a nonprofit group of forensic anthropologists who travel all over the country to exhume mass graves, study the remains, and reunite grieving families with the bones of their loved ones.  We learned of one village named Trinitaria, which in 1982 was razed by the military. Before they were killed, the community members were forced to dig their own mass grave, into which their bodies were deposited.

Years later, a new village was built in the same spot, christened Nueva [New] Trinitaria. The village school was built directly over the grave. All the children in that school knew that a tragedy lay directly beneath their feet, but it wasn’t until November of 2018 that the grave was finally excavated. This story revealed the government’s response to genocide: Build over it quickly and claim that’s best for the future, as the trauma haunts everyone.

Our tradition teaches us that acts of harm require acts of t’shuvah, acknowledgment followed by repentance or return to a more just behavior, to set right the emotional – the cosmic – balance of our relationships with one another and the Divine. We didn’t make t’shuvah for all of the wrongs done to indigenous Guatemalans, so often with the backing of the United States. But we came ready to listen deeply, to witness with eyes wide open, and to bring these stories back.

As we met with AJWS partners in Guatemala, I asked “how can we best support the work you’re doing? What message would you like us to bring to our home communities?” They answered: “Tell them what we’re doing, and tell them that it’s connected to you in the United States. What happens to us affects what happens to you. We’re all in this fight for our rights and our lives together.”

As Ruth Messinger, AJWS’ Global Ambassador, teaches us, “Moral courage is a team sport.” Let’s lift one another up. 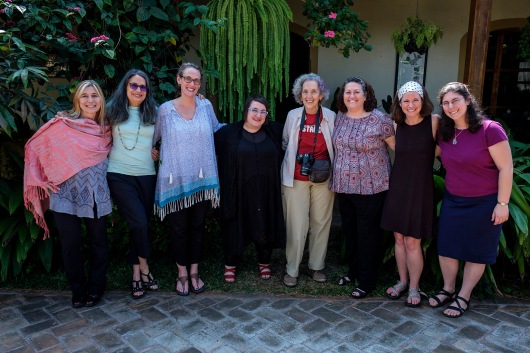